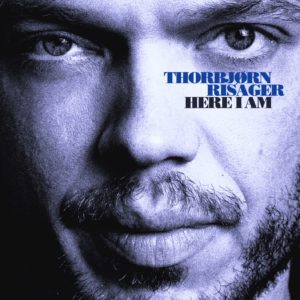 The Very Best of The First Two Decades. All Killers, No Fillers and Same Old Lies!

Twenty years. It’s a lifetime in rock ‘n’ roll. Long enough to chew up and spit out the artists who don’t mean it. But also long enough for those who live, breathe and bleed the music to build up an enviable body of work.

From his first appearance on the radar back in the post-millennium, when a handful of Danish blues bar-crawlers discovered a rough diamond on the circuit of Copenhagen, Thorbjørn Risager’s meteoric rise has rarely allowed him the time to look back over his shoulder. For this critically acclaimed songwriter, once-in-a-generation singer, emotive guitarist and bandleader of the mighty Black Tornado, it has been an early career with his eyes fixed on the horizon: always the next town, the next show, the next song, the next album.

But some milestones demand a moment’s reflection, and the compilation you’re holding is a rare pitstop for a lifelong road warrior. “I can’t believe that it’s been 20 years since we started out on this great journey,” says Risager, as he looks back on a career that has seen him storm the prestigious European and British Blues Awards, take the music to over 20 countries and hold his own on stages with legends like Buddy Guy. “We’re so thrilled to celebrate this anniversary with this collection of songs representing the last two decades.”

Comprising two volumes and 25 songs, representing the cream of Risager’s eleven studio and live albums to date, this compilation invites you to take the scenic route through the career of a fascinating modern bluesman. Spanning from 2004 to 2012, Volume One captures the excitement of the lift-off, when Risager and his original Blue 7 band put a fresh twist on the R&B of ’50s New Orleans, shaking the clubs of downtown Copenhagen and scoring the coveted title of Artist Of The Year at his hometown’s Blues Festival in 2005.

On this first volume, you’ll find the finest songs from that era’s breakthrough albums. As the studio debut that saw Risager heralded as “the next big name in blues” by respected US publication BluesWax, 2006’s From The Heart is represented by the hauntingly authentic porch blues of Ain’t Ever Gonna Leave No More. Championed by the same magazine – who praised a voice that “forces you to listen… one part Ray Charles, one part Bob Seger, one part Joe Cocker” – the 2007 follow-up, Here I Am, built on his reputation, with bruised soul gems like Heart Of The Night announcing the Danish bluesman’s ability to paint music in every colour.

Taken from 2010’s Track Record, there’s the dirt-road stomp of Rock ‘N’ Roll Ride and the glistening country-flavoured Stand Beside Me. And for fans who have known the band as a full-throttle live act since the release of their cult debut, Live 2004, you’ll find that punch caught in the bottle on the cuts from 2009’s Live At Victoria: try the brassy groove of You Better Pay Attention or a fiery rendition of Burning Up that lives up to the title. Finally, as the album that concluded Risager’s early career, 2012’s Dust & Scratches is saluted here by the virtuoso acoustic-led groove of In The Back Of My Mind: a song so optimistic it could part storm clouds.

It was a thrilling first decade – but Volume Two stands as testament to the fact that Risager was just getting started. Over the last ten years, Denmark’s favourite son has planted his flag across the world, earning the kind of global kudos usually reserved for the British boomers of the sons of the Mississippi Delta. By 2014, Risager’s growing momentum had led him to the door of Ruf Records, and with that year’s Too Many Roadsalbum, he kicked off his new record deal in style (while renaming the band as The Black Tornado to reflect a musical force of nature who blew off the roof every venue they played).

While his vocal was well-established as a world-class weapon, Risager’s songcraft was growing sharper with every release. Perhaps his most critically acclaimed release so far, Too Many Roads gave us gold like the locomotive groove of If You Wanna Leave, the mesmerising China Gate, Through The Tears’ graceful soul and Paradise’s irresistible funk. “We were very happy about the album,” Risager told Bluebird Reviews, “but we never imagined it would attract the attention of so many people. It was a giant leap for us.”

Further leaps were to follow. With a live reputation that preceded them, the band were natural candidates for Ruf’s iconic Songs From The Roadseries in 2016, and you’ll find that white-knuckle set represented by a stormy reading of Big Joe Williams’ classic Baby Please Don’t Go. Back in the studio, 2017’s Change My Game was a thundering follow-up – praised as “a classy return” by Classic Rock – giving us the push/pull rhythms of Maybe It’s Alright and the fuzzbox grind of Hold My Lover Tight. And, of course, no retrospective would be complete without last year’s Come On In, represented here by the slow-burn title track, plus the addictive handclaps and biting slide of Last Train.

Thorbjørn Risager & The Black Tornado is far from finished. This collection is not the final destination, nor are these songs the last word. It is just a pause for breath at a milestone that few artists reach, and even fewer with so many classic songs in their catalogue. “Thanks to everybody who participated in bringing this album together,” says Risager, “and to all our wonderful fans out there. We hope you enjoy the album and we’ll be seeing you somewhere down the line.”

There are no reviews yet.